This meditative biographical film looks at the life and philosophical ideas of J. Krishnamurti. His writings and speeches on education, death and living are explored through interviews and his public interactions. Director: G.Aravindan Year: 1986 .

Made by S.N.S. Sastry in 1963, this poetic travel film looks at the histroy, art and architecture of the region of Malwa in Central India evoking impressions of kings, craftsmen and architects. Director: S.N.S.Sastry Year: 1963 .

In this film made in 1957,J.S.Bhownagary presents the legend of Krishna and Radha among his other lovers through 18th miniature paintings belonging to the Pahari tradition. Through the deframing of the images by using the camera lens and … View more >>

An early cinematic experiment of M. F. Hussain, the film which was made in 1967 presents the artist’s impressions of Rajasthan. The artist’s journey through the country side and villages is interspersed with flashes of his sketches which … View more >>

An experimental film by Pramod Pati that presents to us a sensory collage of icons, symbols and the every-day. Exploring the mood and ambitions of youth at the time, the film eschews narrative and commentary to present the … View more >>

A fascinating document made in 1975 by the architect Charles Correa on the planning of the city of New Bombay to manage the escalating population in an over-crowded Bombay. Using maps and other data, the film looks at … View more >>

The film travels to the Konkan coast to experience the tradition of Chitrakathi through families that have been practising this art of story-telling for more than a hundred years. . 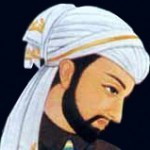 A film that looks at the monumental contributions of Sufi poet, philosopher, musician and courtier Amir Khusro to the art and culture of the Indian sub-continent. His writings in Persian and Hindavi include works such as Qissa Chahar … View more >>