Films Division possess the best of the equipments in video and audio that are available on hire. The camera, lights, lenses and sound equipment can be hired from Films Division at attractive prices. 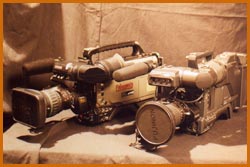 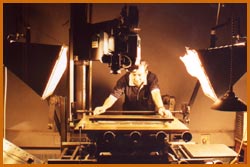 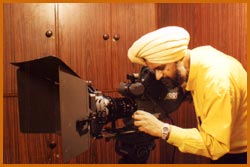 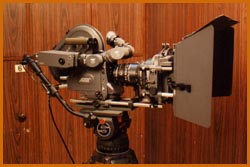 1.Research and Reference Center : Films division, keeping pace with the rapid changes in the realm of filmmaking, has opened its vast archive for the benefit of film scholars, students, writers and film lovers. A research and reference centre was declared open in Films Division premises by Ms. Sushma Singh, Secretary, Information & Broadcasting recently.

One of the gateways into understanding Indian culture is the original footages of documentaries produced by Films division over the years. Each year, hundreds of film makers/ scholars and students around the world look for original material/films in pursuit of their creative goals. Films Division has made films on every conceivable subject concerning India and its archive now boasts of over 8000 films, among their subjects, on Indian culture including tribal and folk arts, music and cinema, dance, theatre, painting and architecture, eminent personalities and biographies – to a name few. The newly opened research and developments centre’s main objectives are to strengthen education, training, creativity research and documentation, dissemination and criticism in the field of documentary films.

The R & R Centre offers viewing facility of Documentary films produced by Films Division and others apart from reading materials in the form of books and periodicals on cinema. The centre is opened to all film makers, students of cinema, journalists and film lovers. Those interested in making use of the R & R Centre may contact Officer In Charge of Distribution at 24, Pedder Road for more details.

8.Terms & conditions for hiring of equipments and personnel of Films Division: